The Business Side of the Blockchain Map

Two weeks ago, we introduced the BlockWiki here on the blog, a website where we compile and explain the most important blockchain and DLT terms. The blockchain map, a graphical summary of blockchain terms, can also be purchased there. The overview differentiates between the technical and the business view of the Blockchain. After the left side with the technical view was described in detail in the blog post “The Technical Side of the Blockchain Map“, in this article we focus on the business view of the blockchain universe and explain the terms depicted there within their context.

To understand the business potential of the blockchain, we can start in the middle with Bitcoin. After all, since the publication of Satoshi Nakamoto’s whitepaper, the popularity of the blockchain has grown enormously precisely because of this cryptocurrency. This was followed by the development of numerous other cryptocurrencies, so-called altcoins, which include all currencies that are not based on physically existing means of exchange but on cryptography. Moreover, digital currencies of this form function through logic in a network and without a higher authority. Thus, they differ from central bank digital currencies, where the organization lies with central banks. Wallets are used to manage acquired cryptocurrencies. These can either be connected to the Internet as hot wallets or function offline as cold wallets. Besides Bitcoin, one of the best-known cryptocurrencies is Ethereum. However, Ethereum is not just a currency, but much more an open-source computing infrastructure, i.e. a programmable blockchain. With Ethereum’s own programming language “Solidity”, it is possible to develop decentralized applications, so-called DApps. DApps refer to applications in which at least one part, e.g. front-end or back-end, functions in a decentralized manner. Since the application is organized on a blockchain platform, the DApps benefit from the properties of the blockchain.

The unique selling points of the blockchain include traceability, as every action can be stored, and the immutability of the stored data in the blocks. Since blockchain technology can be classified as distributed ledger technology, it is based on a ledger that is stored in a distributed manner across all participants. Depending on the blockchain framework and needs, the stored information is transparently accessible to the entire public or to selected participants. This gives each participant the ability to verify the transactions themselves. Applications can be custom programmed based on the desired service solution on the blockchain, enabling automated operations.

The use cases where blockchain is and can be applied can be divided into four areas: Tokenization, record keeping, automation and platforming.

Further explanations of the individual terms can be found on the BlockWiki. We hope that we were able to give you a concise introduction to the topic of blockchain and DLT with the last two posts. We are happy to answer questions and comments in the comments section. 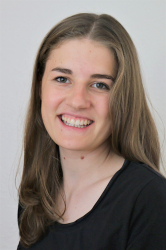 Klara Krämer
Klara Krämer is studying industrial engineering and management. During an internship semester she supported the CC Ecosystems in the area of Innovative Technologies with a focus on blockchain/DLT and artificial intelligence as well as in the area of agile business transformation. Meanwhile she is part of the team around the OpenBankingProject.ch, but she also likes to help with blockchain research. 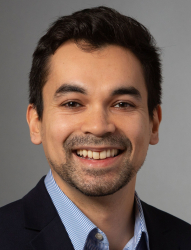 Roger Heines
After completing his Master's degree in Industrial Engineering at the Technical University of Dortmund, Roger Heines worked as a consultant for an international management consultancy. Here he gained relevant project experience in the process, automotive, and supplier industries with a focus on production and logistics. During a research stay at the University of St. Gallen, he wrote his master thesis in the field of blockchain technology and supply chain finance. Enthusiastic about the potentials, he is now researching as a PhD student at CC Ecosystems how innovative technologies will revolutionize the exchange of information in financial networks as well as future financial services.