Money – What Is It Anyway?

Today we have something from the “banker’s corner”. Maybe someone besides me had the pleasure to play one or the other round of Monopoly over the past holidays. As a banker, it’s certainly no wonder that the role of the bank in Monopoly has always held a special appeal for me. The bank distributes the money, and transactions, such as buying a house, are handled through it. But what is money anyway? Sure, it’s something we pay with, and according to the International Monetary Fund, something modern economies couldn’t function without [1]. In today’s blog post, we’ll dig a little deeper into the meaning of money and get a broader picture of what it is. The question is, in my view, particularly relevant today, when new constructs such as cryptocurrencies, which diverge from what is generally considered money, such as the euro, Swiss franc or US dollar, are sometimes considered “money”. One more note should be allowed: In the following, we will only classify the topic in a very basic way; we will not consider further individual legal and economic aspects.

Before we enter the “depths of money”, I would like to invite you to a little excursion, based on a lecture by Garry Gensler[i]. Let us imagine that we were to offer the printed colorful bills from Monopoly for sale against Swiss francs in the pedestrian zone of St. Gallen. Would this then be “real” money or not? Garry Gensler draws attention to a similar experiment in his course “Blockchain and Money,” in which he introduces Nicky Enright’s “Globo” (a made-up currency). If you like, you can watch a lively video of Nicky’s efforts to bring the Globo to the people via the following link: What Is Money? An Artist’s Make and Take (wsj.com).

Let us now contextualize this a bit. Today, money is thought to have three basic functions [1], [2]:

All of these functions are closely related to buying and selling goods [2]. However, Surowiecki also describes in his article that over time money has fulfilled other functions besides paying, which had less to do with the economic context of buying and selling, and more to do with social connections, such as clarifying power relations [2]. Surowiecki now emphasizes that one of the reasons money became the basis of trade is the significant simplification it brings: For example, in the context of earlier barter transactions, desires on both sides had to coincide – supply and demand had to match [2]. If someone wanted to trade 3 pigs for a hammer, they had to find not only someone who had a hammer to trade, but someone who, in addition, also wanted 3 pigs. With a common currency as an intermediary instrument, this difficulty can now be easily “bridged” [2]. When the first monetary coins were put into circulation in the 7th century AD in Lydia – an area in what is now Turkey – and were adapted by other states, the minting of coins by the state had two main decisive effects: 1. trade was supported, 2. the authority of the state was safeguarded [2].

Okay, so much for the theory. Let’s take a more abstract look at the phenomenon and check our Monopoly currency plans against the criteria:

If one leaves aside the changes of the game currency, e.g. from Monopoly Mark to Monopoly EUR to Monopoly Dollar [3] and possibly associated changes in the value of the currency, then a store of value within the game is possible. The longest game probably lasted 70 days [3]. Here, accordingly, the purchase of a house with Monopoly dollars taken on day 3 could be “postponed” to day 60. In the end, this function surely depends on the game itself. In the Monopoly world, the value remains and can be used there.

In principle, Monopoly dollars can also be used to calculate.

Within the game, land and houses can be purchased with the money and, for example, rent payments can be made. In the real world, we are faced with the problem that Nicky Enright is also experiencing: The exchange of Monopoly dollars for recognized currencies is not established in the real economy – which may be due to the fact that they are not accepted in the real economy – Monopoly dollars will probably not allow me to buy bread rolls at the bakery, for example. Accordingly, I dare to doubt that I can exchange Monopoly dollars for Swiss francs in the pedestrian zone of St. Gallen without any problems and thus bring them into circulation accordingly.

So it turns out that a broader spectrum of possibilities fulfills the basic functions of money and can therefore be classified as such – from Monopoly dollars to Robux. So let’s go out to the St. Gallen marketplace and bring Monopoly dollars to the people. Or maybe a currency of my own with a picture of me on it? Well, one question that already resonates with the social function of ranking in a hierarchy described at the beginning is how recognized a particular currency is. In other words, money is more a kind of social construct tied to acceptance. At this point, it is certainly doubtful that currencies such as Monopoly dollars, Globo (example Nicky Enright) or money with my likeness can really gain acceptance.

Finally, a brief classification from the perspective of legal frameworks. Even though some of the above examples fulfill the basic functions of money, they often do not help in everyday transactions due to a lack of widespread acceptance. In practice, the acceptance problem is solved by the legal definition of an official national currency – the currency that must be accepted in principle.  For example, in Germany, the federal government, represented by the Bundesbank, has the right of coinage – that is, the sole right to issue coins and currency in the euro currency [8]. Furthermore, §14 (1) sentence 2 of the “Gesetz über die Deutsche Bundesbank” designates EUR banknotes as the sole unrestricted legal tender. In principle, it is possible to issue and circulate alternative currencies, but since all economic agents ultimately benefit from the reduction of transaction costs through a common currency – leaving things like counterfeit protection and monetary policy aside – the incentive is historically rather low by the standards of the real economy. Accordingly, if all the above-mentioned basic properties of money (value storage function, unit of account, medium of exchange) are fulfilled, the play currency can probably be regarded as money in the theoretical sense, but is of little use in the real economic sense as long as it is not a legally recognized means of payment – a pity, actually, I could already see myself standing on the St. Gallen marketplace…

This legal aspect seems extremely noteworthy to me, especially in the context of cryptocurrencies such as Bitcoin. The increasing acceptance of this currency, which deliberately does without an intermediary, suggests that restrictions on acceptance, for example through legal restriction, should possibly be questioned. In countries such as El Salvador – admittedly not comparable to economies such as Germany without restrictions – Bitcoin was officially defined as legal tender in 2021, for example [9]. Some time before, there was already a smaller community there, the Bitcoinbeach, within which payments with Bitcoin had already been promoted as a recognized means of payment since 2019. Here, the main focus was on the enormous advantages of Bitcoin in terms of access to payment transactions for people who do not have a bank account. One development that might be a bit problematic in light of the core idea of Bitcoin could be interpreted into the current intentions of Nayib Bukele, the president of El Salvador – namely, a kind of “politicization” of Bitcoin. The introduction of Bitcoin offers El Salvador the opportunity to reduce their dependence on the U.S. dollar. Indeed, for more than 20 years, El Salvador has had no currency of its own and has relied on the U.S. dollar, where it has no influence on monetary policy [10]. Now it has been decided to build a “Bitcoin City”, which should 1. function in an ecologically sound way by using renewable energy, especially by exploiting geothermal energy (the focus is on mining), 2. represent a kind of tax haven for investments and 3. allow the state to issue its own debt in Bitcoin by issuing bonds [11]–[13].

In conclusion, it remains to be said that money has many facets. However, this should not lead us to always equate money with (generally accepted) means of payment. New money, such as cryptocurrencies, will change our view of means of payment. The first experiments are already underway, and many large platforms, such as Airbnb, are experiencing great demand for the corresponding payment option [14]. Personally, I would be happy if the potential could be exploited, especially with regard to enabling payment transactions for people who have previously been denied access.

[ii] A brief side note: In times of inflation fears, this function may also be questionable for so-called FIAT currencies (Fiat lat. let it be done = currencies created by central institutions) such as the euro. A current discussion on monetary policy is led, among others, by Prof. em. Dr. Dr. h.c. mult. Hans-Werner Sinn in his current Christmas lecture: https://www.youtube.com/watch?v=rO8yOSUWasA&t=2040s

[iii] On the homepage itself there is a note that Robux have no value in real currency [4]. 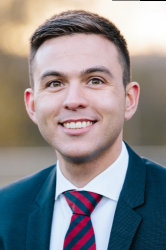 Dennis Vetterling
Dennis has been working in the financial industry since 2011 and, after completing his training as a banker, has held various roles within one of Germany's largest regional credit institutions. He was able to gain in-depth experience in the banking business through his positions in sales management and private banking. Most recently, he supported management as a consultant in strategy development. Dennis initially supplemented his practical experience in banking by studying business administration at the Bonn-Rhein-Sieg University of Applied Sciences in Sankt Augustin and Keele University (UK). Furthermore, he was also able to gain initial experience in a consulting boutique for the financial industry as part of his studies. In 2020, he completed his Master in Management (M.Sc.) at the HHL Leipzig Graduate School of Management with a focus on strategy and finance. As part of his thesis, he analyzed the success factors for platform-based business models in the banking sector in Germany. Since May 2021, Dennis has been supporting CC Ecosystems as a PhD student in the area of business ecosystems. His research focuses on value accumulation for individual players as well as on pricing and governance systematics.