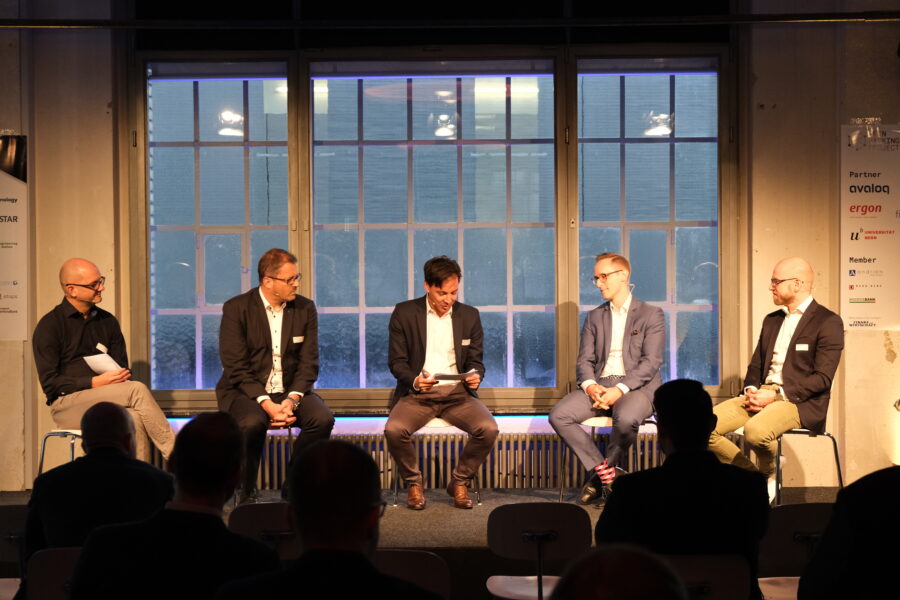 Recently, the Swiss Bankers Association published an overview that outlines the status of open banking in Switzerland and formulates requirements for its further development of open banking. These requirements include the clear strategic positioning of Swiss banks and the joint development of standardized APIs for data exchange between financial institutions and third-party providers. The aim of this overview is to “support the dialogue in the financial center”, as Richard Hess writes in the initial contribution to the blog parade of the Swiss Bankers Association. The Open Banking Summit of the standardization initiative OpenBankingProject.ch pursued the same goal on September 10th, with various presentations focusing on these two requirements.

Around 100 decision makers from the Swiss financial industry met on September 10 for the first official Open Banking Summit. Under the patronage of OpenBankingProject.ch, an initiative coordinated by the Business Engineering Institute St. Gallen (BEI) to promote open banking, the opportunities and possibilities of open banking in Switzerland were presented and discussed. The event was moderated by Eflamm Mordrelle from the newspaper “Finanz und Wirtschaft“.

After a short introduction to the topic of open banking and the work of the initiative OpenBankingProject.ch by Thomas Zerndt, CEO of the BEI, Paul Rohan joined the event live from Dublin. Rohan, who conducts research for Google in the area of open banking, spoke about the effects of the emerging platform economy in the banking industry. “The dominant design of a banking account might change drastically over the next few years.” The bank itself would be moving into the background, while its services would be provided through complementary partners, such as mortgage platforms. In order to differentiate themselves from each other, banks would in future specifically address micro-segments, some of which would be subject to tough competition. These considerations and the question of what intentions Google has in the financial sector led to an active round of questions after the presentation.

Afterwards, Nathaniel Neudecker, Chapter Lead API of Commerzbank, gave insights into the way Germany’s second largest bank implements APIs in the company under the title “Open Banking in Commerzbank & beyond”. With a team of now more than 80 employees, APIs are developed in agile process structures, which according to Neudecker make the bank more modular, faster, cheaper and ultimately more profitable. In the meantime “it has become clear to everyone in the company what added value open banking offers”. However, this has required the support of top management from the very beginning, especially since open banking is “not just a technical issue” and this is the only way to establish the willingness for open banking in the company. And what are the current use cases for open banking? Nathaniel Neudecker used as an example a recently implemented bank transfer option directly in the ERP system and an automatic electricity bill for electric vehicles.

André Renfer, Head of Services at Hypothekarbank Lenzburg, showed that Open Banking is not just a topic for large corporations. Ecosystems would offer new opportunities for small banks in particular, especially for expanding their market reach. On the one hand, they could expand their services through external offers and thus open up new business areas for which they would not have had the necessary funds. On the other hand, they could also replace their own offers with third-party services and thus reduce their costs, as competition among service providers would lead to favorable conditions. However, banks would have to be clear about the role they want to play in the future. If they operate “banking as a platform”, banks continue to offer their services directly, supplemented by digital and new services from third parties. The prerequisites for this are a large customer base and a customer experience that sets the bank apart from its competitors. However, if a bank opts for “banking as a service”, it supplies other providers with the necessary services and interacts with the end customer through third parties. To do this, however, it must make its processes as efficient as possible and offer its services through a variety of partners in order to create economies of scale. The choice of strategy depends, among other things, on which of these conditions the bank in question better fulfills.

In the last short presentation, Simon Bleher, Senior Consultant at the BEI and project manager of the OpenBankingProject.ch, introduced the “Best Payment Method for E-Commerce” (german: Bestes Zahlungsmittel für E-Commerce – BZEC). The project aims at developing an efficient and secure payment method that is integrated into the banks’ own mobile banking apps and directly connects the systems of merchants and banks. The project involves merchants, banks and technology providers.

This was followed by a panel discussion in which Richard Hess, André Renfer, Nathaniel Neudecker and Thomas Zerndt answered questions from moderator Eflamm Mordrelle and the audience on the “Opportunities and Implementation Scenarios for Open Banking in Switzerland”.  For Renfer, it is clear that small banks in particular will take advantage of the opportunities offered by the new platform economy, as they are “used to not having everything revolve around them”. They were used to adapting strongly to the market and client needs and could at the same time open up new business areas by incorporating additional services into their offerings. Nathaniel Neudecker and André Renfer agreed on the implementation: “Just get started”. They also discussed whether a regulation similar to PSD2 was needed in Switzerland. For Commerzbank, this was after all the “decisive step”. For Hess, Switzerland should learn from PSD2 and, thanks to the currently very general regulation, has the opportunity to actively shape open banking itself. The task of the Bankers Association is “to examine open banking in a broader context and set the general conditions”. They have now taken the first step in this direction with their overview published in July. In keeping with this was Renfer’s final vote, from whose point of view it is the task of management to foresee developments such as open banking. Regulations like PSD2, on the other hand, would push all companies in a certain direction. Because as the overview so aptly states: “[The market-based approach in Switzerland] ensures that the cooperation between the bank and third-party providers is based on market-based considerations and concrete use cases that offer added value to the customer”.

Overall, we are still in the early stages of open banking in Switzerland, but the first important steps have been taken. The partners of OpenBankingProject.ch are looking forward to your participation in order to ensure that things continue to progress speedily. Thanks to the lively discussions and the very positive feedback, we are confident that we will be able to welcome you again next year at the second Open Banking Summit.

Samuel Schmidt is currently studying business informatics at the University of Leipzig. He has been supporting Hubert Österle in the area of “Life Engineering” since January 2020 and is currently involved in the OpenBankingProject.ch.

Simon Bleher
Simon Bleher supports companies from the creation of their strategies to their actual implementation with a focus on business architectures and digitalization. Since his studies of Business Informatics at the University of Zurich, he has been building bridges between business and IT and also connects companies with each other.