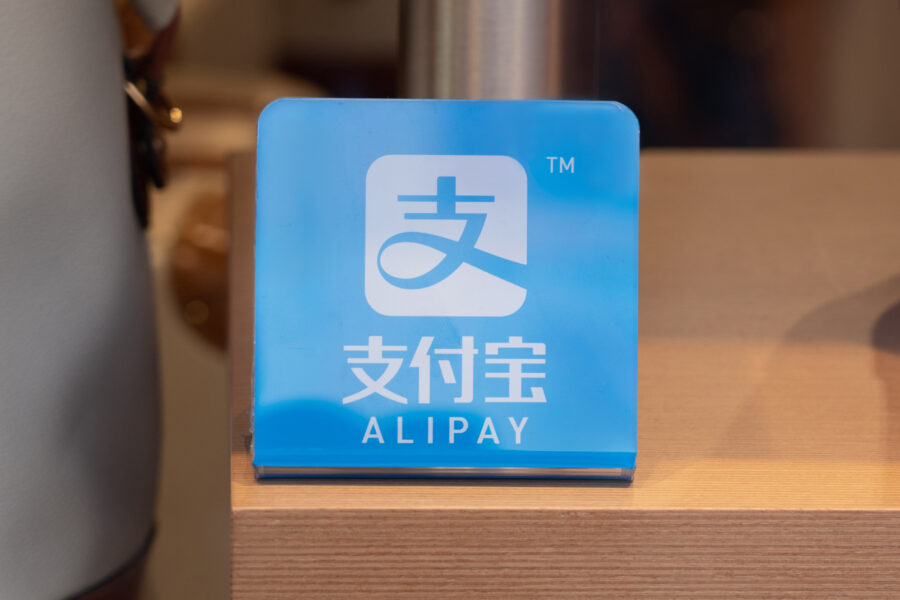 Chinese tourists are big business in Europe. Their needs will give rise to disruptive business models with new digital payment services. Technology giants are about to build ecosystems that integrate QR code payment across Europe, threatening established and profitable banking businesses.

The future of financial services is digital, mobile and global. Consumers want to be able to do everything immediately and anywhere in the world without having to worry about accessing a bank. The Chinese market leaders Alipay and WeChat Pay – both have between 700 and 900 million users – are textbook examples of disruptive business models of innovative payment service providers. Their exclusively digital services are embedded in the ecosystems of major Chinese trading and social media platforms such as Alibaba and Tencent, respectively.

Innovations in the field of mobile payment transactions go hand in hand with open banking strategies, which means nothing more than opening the customer interface and making it accessible for third-party applications. Application programming interfaces (API’s) are used to ensure value creation across company boundaries. In a digital world, open banking is an essential principle for partnerships. What promotes new constellations of cooperation, on the one hand, attacks traditional business models that are closed to the outside on the other. Banks that provide commodity services such as account management, exchange rate transactions, payment transactions and credit cards will continue to lose traction if they do not adopt open innovation principles and digitalise their services. Unfortunately, we see little efforts in this direction. However, in January 2020 the Business Engineering Institute St. Gallen launched a platform which provides relevant information about API’s that fintech companies, banks and providers with an operational base in Switzerland are developing and using. This initiative can be a gateway to millions of consumers in Switzerland and an example for Europe’s financial landscape.[i]

The extended European Union directive PSD2 (Payment Services Directive) favours the dissolution of traditional business models because it regulates payment transactions in such a way that new service providers (non-banks) gain access to bank accounts and deposits. The second part of the directive granting access rights to third parties via API’s has been in force since 14 September 2019. According to the European Banking Supervision Authority (EBA), every bank must now officially communicate the availability of its interfaces to the outside world. The privilege of the banks is thus dissolved. With the new EU Data Protection Basic Regulation (DSGVO), citizens now have more control over their private data and companies are increasingly being held responsible for data management and security. It seems that data protection will be relaxed by PSD2 and strengthened by DSGVO. Europe is a role model when it comes to data protection, but this can also be a disadvantage in global competition.

Until the turn of the millennium, there was no Internet, and until 2010 there were practically no smartphones in China. Today the country has more Internet users than the USA and Europe combined, with 95 percent accessing the Internet with mobile devices (EU 79 percent).[ii] Everyday life is managed with the smartphone, and digital payment via smartphone and QR code has become standard within a few years. Many Chinese even receive their salary via mobile apps, and companies borrow money or invest it. Cash, credit cards and ATMs are becoming irrelevant for the new Chinese tourists. The younger generation is less concerned about data security and confidentiality and supports data exchange with third parties because it can save time and money. All this is unthinkable in Switzerland or Germany. Not only because of data protection considerations but also because of the costs. Besides, there is simply no comprehensive solution that works across countries and sales channels.

In 2018, 160 million Chinese tourists spent more than 300 billion US dollars abroad, and by 2030 a quarter of all tourists will come from China.[iii] The most popular destinations in recent years have been Great Britain, Germany, France, Italy, and Switzerland. Switzerland alone accounted for nearly one million Chinese and 350,000 Indian tourists. A third of travel expenses are purchases. Especially Chinese tourists prefer to use electronic payment systems that they are familiar with. A summer campaign by Alipay from July to August 2019 involved 30 million Chinese tourists worldwide with a total spending of about 26 billion US dollars during this period. Among other things, the marketing campaign aimed at partnerships with dealers in 29 European countries. Through various advertising formats, merchants were able to reach Chinese customers and offer memberships, gift packages and discounts in return for payment processing via the Alipay app. The tourists were already informed about the offers of the European partners via all channels of the Alibaba ecosystem before their departure. Together with the dealer network, Alipay was able to serve 80 percent of all Chinese tourists online and offline.

Global payment systems, offerings for specific financial services and multi-channel marketing initiatives are strongly intertwined. Developing individual digital business functions for diverse customer interactions across several touchpoints is inefficient. The solution is developing integrated services and dispersing them to all channels via one platform. For banks, payment service providers, hotels, transport companies and retailers – actually for anyone who wants to do business with Chinese tourists – mobile payment options are a necessity in the business process. Accordingly, payments have to be connected seamlessly with other value-added services. Surveys found that 93 percent of Chinese tourists would even spend more money if mobile payment were widely available.[iv] Besides fast transactions and affordable exchange-rates, the most crucial factor in the client journey is convenience. Sprüngli, a traditional Swiss chocolatier realised early on that adopting a modern approach with Alipay terminals not only positively supports the customer experience at the checkout counter but also increases sales. Forerunner shops have enabled Chinese customers to scan and process QR codes easing their shopping experience. It remains to be seen whether Western payment providers stick with traditional business models or ensure interoperability with the QR code formats of companies like Alipay, which in turn enables new horizons for value-added services outside the financial sector.

The market for mobile payments is estimated at 1,000 billion euro. Over the past two years, Chinese juggernauts have been dissolving our traditional payment systems through their aggressive partner strategies. Concardis, one of Europe’s leading payment system providers and Germany’s largest credit card acquirer, entered into a partnership with Alipay in 2016. With the jointly developed solution, Chinese tourists can be served by merely integrating software into the payment terminals of Concardis’ partner merchants. The customer uses his usual Alipay app and scans the QR code during payment. For Chinese tourists payment abroad is as easy as payment at home, and there are no exchange rate charges. The payment systems division of the Swiss stock exchange operator SIX has also been enabling customers to pay at SIX terminals and in online trading with Alipay since 2017.

In January 2019, Alipay also received a license for electronic money in Luxembourg, which is valid for the entire EU area. Companies with such an e-money licence can access their customers’ bank accounts and make transfers on their behalf. With this licence, payment services are not restricted to Chinese customers with a bank account in China, as was previously the case, but can also be offered to European consumers. Although Alipay is officially targeting only Chinese tourists in Europe, it can now play a more active role than just being a passive payment intermediary. Examples include Global Blue for real-time VAT refunds to Alipay’s digital wallets and the collaboration with the European Football Association (UEFA), whose official global provider of electronic money Alipay will be from 2018 to 2026, helping to improve the fan experience through cashless stadiums.

Barclaycard of England, which handles approximately half of the credit and debit card transactions in the United Kingdom, recently extended a strategic collaboration with Alipay to enable over 11,000 retailers across the country to accept QR codes from the Chinese payment app at checkout terminals. Overall, no additional costs occur to the merchant because existing payment terminals must not be replaced. Why is Barclays opening up to a fintech company that is threatening the banking sector? The move is based on statistics from VisitBritain, which expects nearly 500,000 visitors from China in 2019, an increase of over 40 percent over 2017. These tourists will spend more than £1 billion this year in the UK alone.

We assume that Alipay will continue to draw on the strength of its open banking platform and network and will further deepen partner collaborations. As scaling requires standardisation, Alipay collaborates with six European mobile wallet services aiming to establish a standard QR code. At the Alipay Partners Global Summit held in London on 14 November 2019 Eric Jing, Chairman and CEO of Ant Financial, operator of Alipay, announced: „Our innovative solutions will continue to help merchants in Europe better serve the growing numbers of tourists as well as e-commerce shoppers coming to the region from all over the world”. Their new target is to support ten million small and medium enterprises in Europe until 2025.

In order to process as many transactions as possible per second in real-time, banks that do not have this capacity must hand over parts of their payment transactions to technology specialists. The distribution of the value generation to several actors creates new business models. In the future, firms must find ways to offer their clients services that go beyond transaction processing and thus generate additional sources of revenue. Chinese tech companies know how to connect traditional and digital businesses and integrate diverse businesses into their ecosystem. Since consumers do not want to download lots of apps and go through the hassle of registering an account during their trips, they seek a marketplace that lets them access all of their favorite content in one place. This so-called super app is what makes their lives easier. The extent of transparency, data exchange and collaboration can be seen from the fact that the WeChat super app can even use the payment function of its competitor Alipay.

The increasing market power of competitors from China nurtures open innovation and ecosystems in which lone fighters will not survive.[v] Large European corporations as well as small and medium-sized enterprises must open up and develop the ability to learn from Asia. For many, however, there is little opportunity to take a leading role in a cross-industry ecosystem. They must, therefore, focus even more on their core competencies in order to offer added value and be taken seriously as suppliers and niche providers. In the future, it is all about collaboration, and competition will no longer take place between individual corporations but between global ecosystems.

As international juggernauts, not only from China but also from the USA, are increasingly encroaching on European banks’ payment business, how should they respond? Is it possible for them to strike back or at least maintain their market share? And how does the greater value European citizens place on privacy affect that decision? These are some of the questions Daniel Fasnacht answers in an interview with Springer Professional published today at https://www.springerprofessional.de/zahlungsverkehr/kundenzufriedenheit/-banken-muessen-sich-vom-zahlungsverkehr-verabschieden-/17574072. Also, see the upcoming event on “E-commerce and integrated finance platforms”, organised by China Forum, on 6 February 2020 in Basel, https://www.efficiency-club.ch/events/efficiency-club/32-von-china-lernen

[i] See www.OpenBankingProject.ch, an initiative coordinated by the Business Engineering Institute St. Gallen 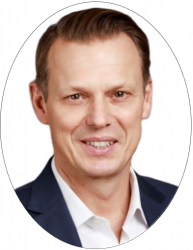